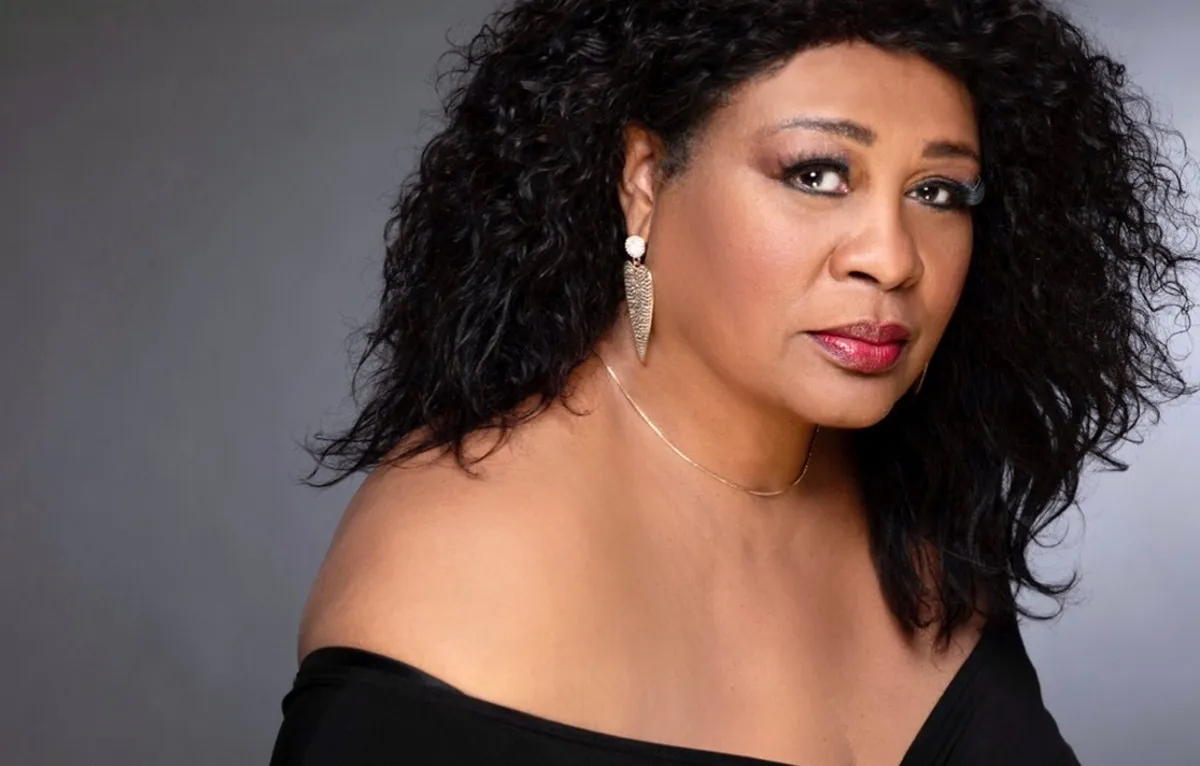 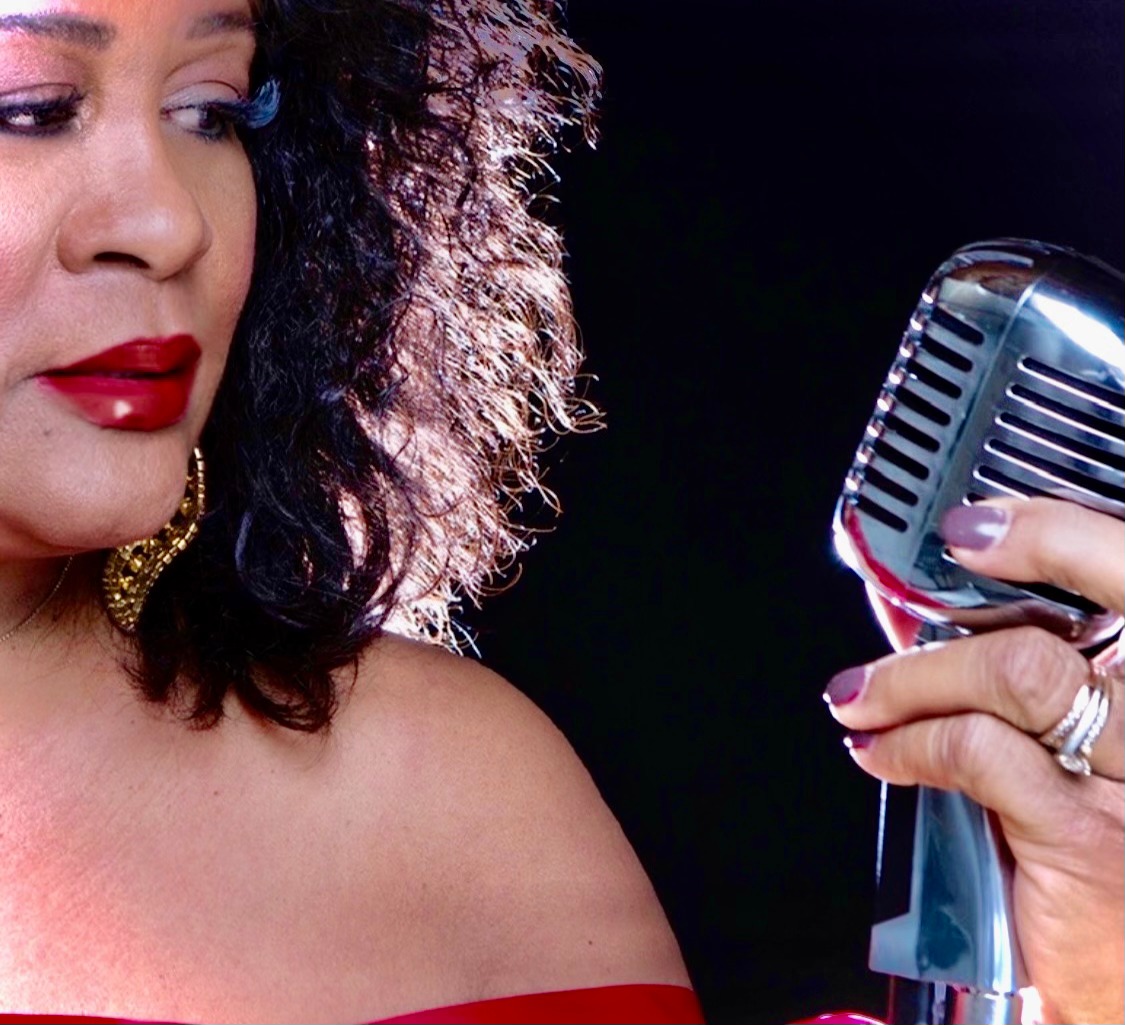 Displaying a powerful voice and a full understanding of the two idioms, the singer is heard in top form throughout a set ranging from “What’s Going On” to “Old Devil Moon.”

Hope Diamond is an important musical force in Southern California where her very expressive, yet subtle vocals are regularly featured in clubs. Now, with the release of Awaken which reached #23 on the Jazzweek charts, in Feb. and remained in the top 50 for 5 weeks, she is quickly becoming well-known across the U.S.

Very much at home whether singing jazz standards or vintage soul, Hope is heard at her best throughout the nine songs that comprise Awaken. She is joined by trumpeter and trombonist Lee Thornburg, saxophonist, and guitarist Michael Parlett (the CD’s producer), pianist-keyboardist-arranger Paul McDonald, top rhythm section players, and occasional background singers. McDonald’s arrangements perfectly showcase Hope’s voice, and her interpretations make each song her own.

Awaken begins with Marvin Gaye’s “Trouble Man,” the singer’s favorite personal performance of the release. She gives the vintage soul piece a contemporary edge, handles the rapid lyrics with ease, and features some wailing sax from Pallett. Kurt Weill’s “Speak Low” showcases the other side of the vocalist for Hope’s relaxed delivery and effective use of space show that she is also a confident and joyful jazz singer.

Her fresh rendition of the Randy Crawford hit “Rio de Janeiro Blue” is quite soulful and has nice spots for guitarist Blake Aaron and the supportive bass of Roberto Vally. On “Never Can Say Goodbye,” Hope rises above the orchestral backing and gives the familiar song her own infectious spin.

“Old Devil Moon” has her swinging away while joined by guest trumpeter Tom Browne in an arrangement that has a big band feel along with Hope’s sassy singing. She shifts gears for the r&b ballad “Just My Imagination” and gives a jazz sensibility to “Until You Come Back To Me (That’s What I’m Gonna Do)” which has some fine trombone playing by Ido Meshulem. Hope’s warm ballad singing on the 1980s Seawind hit “Follow Your Road” uplifts the philosophical song before she concludes Awaken with her own funky version of “What’s Going On.”

Hope Diamond grew up in Los Angeles and Shreveport, La where she sang gospel music in her church choir, developed a love for Motown, sang soul music in high school, and learned about jazz while in college. After working for years helping people in the criminal justice system, she had the desire to sing again. She formed her own group, started playing local clubs, and gained experience performing in a wide variety of settings. Along the way she worked on an Italian cruise line with European musicians, performed at the Panama Jazz Festival, taught children English through jazz at a private school in Beijing, China, and worked in Orange County with pianists Llew Mathews and dynamic studio and big band d cats. After settling in Palm Desert, she became a fixture with the Paul McDonald big band, produced concerts, and prepared for her new CD Awaken to add to the popular Christmas CD Presence.

Awaken is awakening jazz and r&b vocal fans across the country to Hope Diamond’s superior vocalizing. It will be enjoyed by a wide audience and by anyone who relishes first-class singing.

Scott is a Jazz Historian/Journalist who has been writing about jazz for over 30 years, having contributed to all of the main jazz magazines, reviewed thousands of recordings, and a countless number of live performances.  He has written eleven books on jazz, most recently The Great Jazz Guitarists. Many of my reviews are found throughout the All-Music Guide and Pandora websites.

Hope R Deans You and Shea and the band were just show perfect!! Everyone was grooving your vibes, full of heart and soul, from the musicians to the vocals!!
Lorinda Rader Vasquez
I can't tell you to many times how awesome it was and how much I enjoyed it
Serenia Taylor
How Exciting! Your hard work is paying off, I love that you always give your all when your perform, your week off is well deserved. Enjoy and congrats!
Teri Lee Miller
We really enjoyed your performance from the beginning to the end. keep up good singing girl
MZ'Chel Mays
Previous
Next

You can purchase your copy by using Venmo or pay pal to order your CD AWAKEN
Simply pay -$15.00 which Includes shipping and handling.
Then Include your name address and phone number in notes. !!!
Allow 5 -7 days for delivery!

Listen to my new Album AWAKEN